I Am My Own Muse

I Love my camera. I don’t shoot Canon at the time being but I did a long ago. I have changed many brands and as much I don’t want to admit that, the R6 is a gem!

And yes the time has come for me to go back to the company I loved so I decided to go back to Canon and started to ask about the Canon R5. I though I would get the standards to work with, the holy trinity and an 85 for my portraits. So I got an offer from a very well known Athens store. So I found out that I will have to sell my Lumix equipment also draw money I scraped together from some scholarships, from my parents’ will, and from twenty years of do- nating plasma every month.

So I turned my eyes ro the cheap- er model, the R6. And this is where I was hooked.

The R6 is Canon’s entry point of the full frame user. Yes, it’s pricier than the Nikon, Panasonic, and Sony offerings, but there are a few aspects of the R6 that might justify that differential. Long term, I don’t think the differential will hold up, though.

The sensor, image processor, and focus processing for the R6 come right from the top end Canon’s 1DX Mark III DSLR. I haven’t shot enough with both cameras to say withcertainty, but I think the R6 might be better than the 1DX Mark III at times when it comes to focus performance. At 12 fps mechanical shutter and 20 fps electronic shutter, I found the R6 a reliable sports/wildlife camera. But I am getting way ahead!

Canon describes the R6 body as a polycarbonate exterior over an internal magnesium alloy struc- ture. On parts of the body that your hands typically touch, there’s a light faux-leather grip material added. That material has less texture than I’m used to, but it still provides both some additional protection as well as holding stability.

I know many photographers out there have lamented Canon’s deci- sion to go with a 20MP sensor in the EOS R6, but I can tell you that you have nothing to worry about. Yes, the 20MP sensor in this camera has fewer megapixels than its rivals, and it even has fewer pixels than the EOS R and RP, but in real-world use, I can hardly tell the difference between files from the 30.3MP EOS R and the 20.1MP EOS R6. The images from the R6 have gorgeous colors, there’s plenty of detail in the pictures for almost all but the hardiest of pixel peepers, dynamic range is excellent, and high ISO performance is excep- tional. Don’t forget that this sensor is similar to the one in Eos 1DX Mk3.

Every pixel on the sensor can be used in focus calculations with Can- on’s Dual Pixel AF. The R6 recognizes human heads, faces, eyes, and many animals, as well. I was pleased to find pretty much all of Canon’s top AF capabilities included in the R6, including touch-and-drag focus sen- sor selection, the full servo tracking options, and even user-defined alter- ation of the sensitivity of the manual focus ring (Nikon, are you here?).

The autofocus system in the Canon EOS R6 is nothing short of extraordinary. It’s hard to believe just how far Canon has come since the EOS R.

The new Dual Pixel Autofocus II system is easily on par with offerings from Sony cameras, and in some cases, it beats what Sony can do. There are 6,072 selectable posi- tions for stills, 4,968 focus points for video, and 1,053 zones that the AF system can choose from. This is one of the best autofo- cusing systems I have used. My keeper rates, even in challenging conditions, have never been higher. The AF works equally as well in low light as it does in good light too.

The EVF is a 3.68m dot OLED display with a magnification of 0.76x. This is basi- cally the same as the Nikon Z6/Z7 choice. While Canon’s version is good, there’s some- thing in the optics of the Nikon that makes it a little better in my view. Moreover, Canon’s exposure metering tends to vary more widely as you zoom/pan in challeng-ing/changing light situations, so I was more aware of the EVF than I am on my Nikons. On the other hand, Canon’s EVF can run at 120 fps and the focus overlays and other aspects of the display seem snappier than Nikon’s. Canon does have a nice option that reduces the image area size slightly for eyeglass wearers, something the other companies need to copy.

While the R6’s higher end brother reached new heights with 8K video, the R6 has excellent video capabil- ities of its own, only a bit more in

the realm of what people actually use. 4K video uses a 1.07x crop and supports 60P. In essence, this is a 5.1K oversampling (you can also use an APS-C crop). Dual Pixel autofocus is supported in video work. Default storage is 8-bit 4:2:0 recorded with a max bitrate of 230Mbps, but there’s also an internal 10-bit 4:2:2 mode with a 340Mbps max bitrate.

The Canon EOS R6 is unmistak- ably a Canon camera, and this is no bad thing. I have been a massive fan of Canon’s ergonomics for many years, and nothing about the R6 has changed my mind. I would say this is the first time I have been reminded of just how great previous 6D and even some 5D camera felt in hand via a Canon Mirrorless camera. Yes, the Canon EOS R6 feels that good. In the image above, you can see the deeply recessed grip, one assignable function button, and the lens release.

Around the back of the Canon EOS R6, you can see the camera is dominated by the 3-inch vari-angle touchscreen. Flanking the screen are the jog dial, which controls your aperture settings, the set key, play- back and delete buttons, the quick menu button, an info button, and the magnify control. Further up towards the EVF, you’ll see the joystick (a welcome replacement to the touch bar found on the EOS R), your AF-ON control, and the focus mode button also located here. On the left-hand side of the EVF, you’ll find a dedicat- ed button to rate your images and the primary menu key.

The top of the Canon EOS R6 is much more reminiscent of the EOS RP. You can see there is no top LCD, but there is a mode dial, which is easy to use and well placed. To the right of the mode dial you’ll find the record button, lock control, the shutter speed dial that sits at the top of the grip, a function button, and a dedicated dial for ISO control towards the back of the camera. On the left-hand side is the on/off dial.

The right-hand side of the Canon EOS R6 houses the dual UHS-II card slots. This, in itself, is a fantastic addition to this camera. Aside from the card slots, there is nothing else going on on the right of the camera.

The left-hand side of the Canon EOS R6 houses all of the connectivity options. Here you will find a Mi- cro-HDMI connection, a USB-C connector, both mic and headphone jacks of the 3.5mm variety, and a cable release connector.

While it might not look like a massive departure from the EOS R and RP, there are enough subtle changes to the design of the camera that will remind you of past EOS 6D cameras: it’s just lighter than those DSLRs. If there was one complaint, it would be that the jog dial sits a little too far to the right, and because of this, you find yourself having to contort your hand and thumb into a slightly uncomfortable position when you want to use it. However, having said that, the Canon EOS R6 is excellent ergonomically.

I know many like the Canon menu system, but I think that’s more familiarity than actual analysis.
To some degree, Canon menus have many of the at- tributes people have complained about with the Sony menus (32 “pages” reached via the top scroll wheel, with most pages having five to seven options reached using the rear scroll wheel). What saves Canon com- pared to Sony is better organization, better naming, and the fact that the touch-screen makes the menu operation fly, a trait Canon now shares with Nikon menus.

The CIPA rating for battery life is 510 shots using the LCD, and 380 shots using the EVF. In real-life use, the number of images you can capture will far exceed these estimates. During a day of regular shooting and shooting in bursts, I was able to fire off nearly 2,300 shots before the battery symbol was flashing. Even during general use, with a lot of playback, my num- bers were significantly higher than the CIPA rated ones when using the new Canon LP-E6NH battery. Your mileage will vary based on how you use the camera, but just know that you should easily be able to go whole day shooting with one battery. It’s also worth noting that the EOS R6 is backward compatible with older LP-E6N and LP-E6 batteries. All of the techni- cal specifications have been taken directly from the official Canon website.

Tech geeks this is your time. All specs from Canon’s site.

IBIS: In-body Image Stabilizer can provide up to 8 stops of Shake Correc- tion

Plenty of 4K video options for those need them

Easy to use touchscreen menu

Incredible buffer performance (over 180 RAW and over 1,300 JPEGS)

The EVF and vari-angle LCD are ofhigh quality

As I implied in the beginning the Canon EOS R6 has been living in the shadow of its bigger brother, the EOS R5, ever since the two cameras were announced last year. Aimed at working professionals, the Canon EOS R6 seems to be slightly underweight compared to its main rivals. Still, this camera, which is powered by the same 20.1MP sensor and DIGIC X processor found in the 1DX III, has a lot of fight in it. Does the EOS R6 have enough about it to make the Sony a7 III, the Nikon Z6 II, and the Panasonic S1 throw in the towel?

I Am My Own Muse 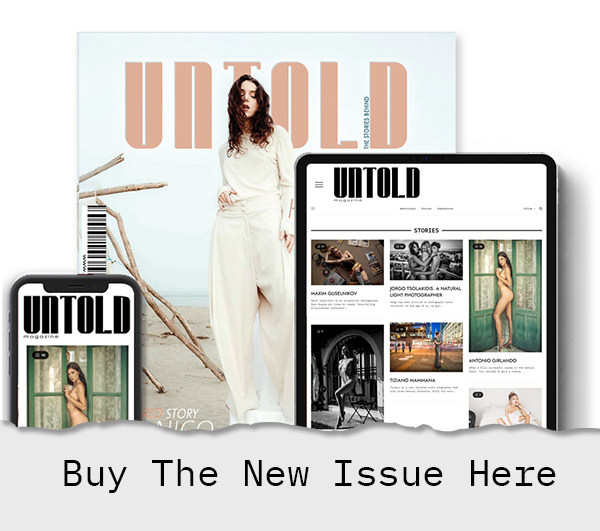 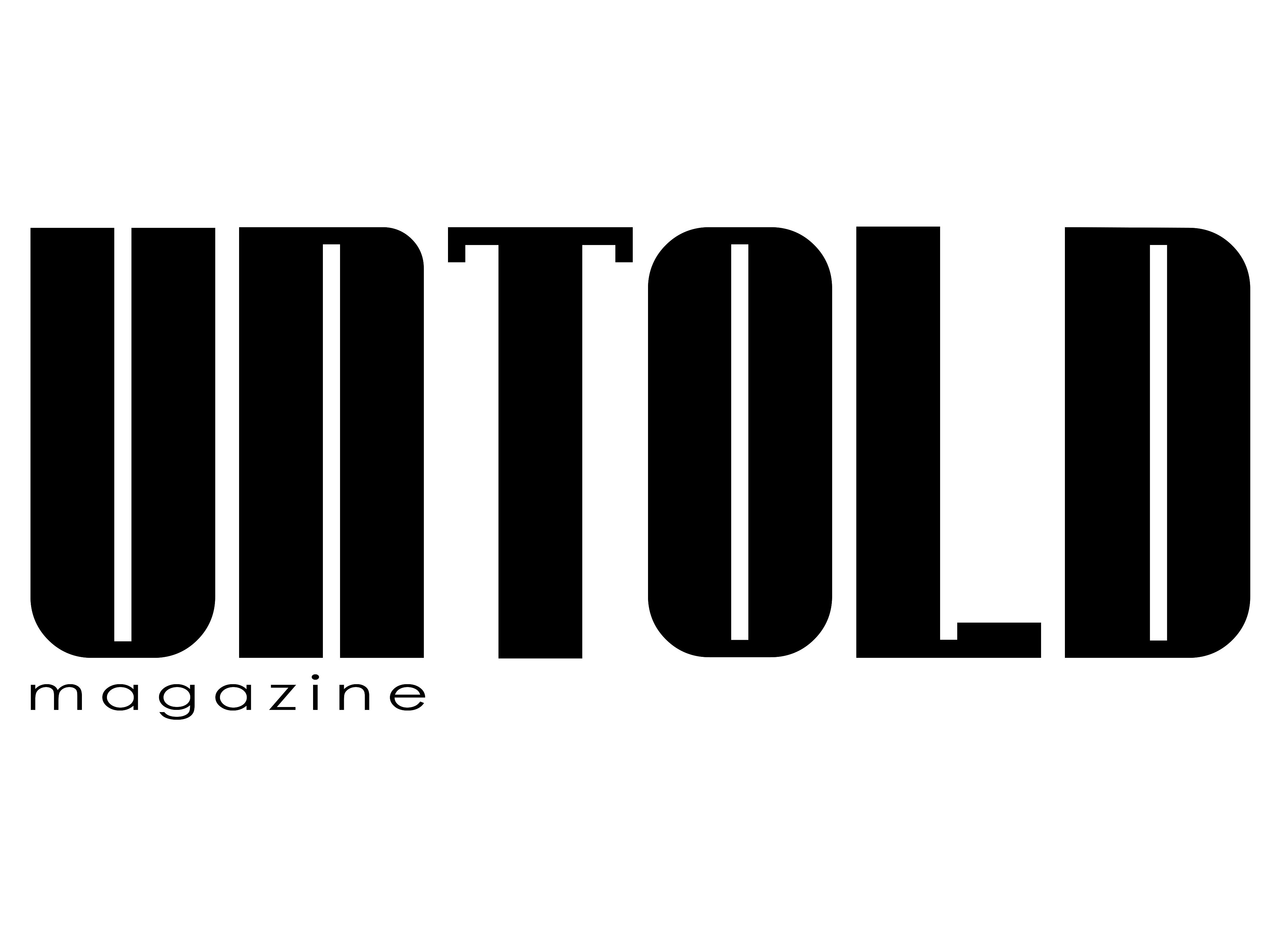 The pictures are properties of the respected owners. Do not copy

Get notified about exclusive offers every week!